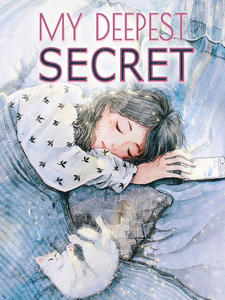 Shi Xuan had a secret buried in her heart—she had loved Gu Mingyan for a total of nine years. When she was young, she often tailed behind him, and now that she was older, she finally became his wife. However, he refused to give her love, not even the slightest bit of pity. Shi Xuan used divorce and the power of Shi family as a chip to seduce him to enter a romantic relationship with her, but he remained unmoved. It was not until she was on the verge of death that she finally learned the man as gentle and sophisticated as the breeze, whom she had loved for nine years, was not him. When she finally survived and could face Gu Mingyan again, he lost his memory. Somehow, for some unknown reasons, he began to cling to her. 「Shi Xuan, why did we divorce?」 With his hand tightened around Shi Xuan’s wrist, Gu Mingyan asked. 「You want to know the reason? Let us make a deal then. I』ll answer one question of yours, and you』ll have to answer mine as well. Deal?」 「What do you want to know?」 「Where’s your brother, Gu Yanmo?」 Now that she found out that Gu Yanmo was the man she loved when she was young, how would the relationship between Shi Xuan and the two brothers turn out?