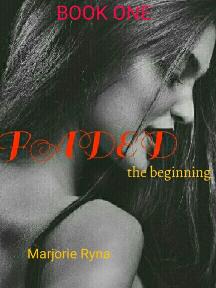 Lyka Hamilton was living a normal life like a normal college student. It takes the night of Halloween for her life to turn upside down when she witnesses the death of her ex. When she wakes up, she finds out she’s not who she thought she was and the people around her are not who she thought they were. She finds herself in supernatural beings, werewolves. She is the next Alpha in line to the pack. Everything is bound to change in her life when the person she thought was her mother is not and his hot crush calculus teacher is not only her guardian but also her true mate. She finds herself in a reigning war which took her real mother’s life who was the Alpha.. She has to accept what her life has turned out because not only her is the hope to the packs but has to stop the war. Her enemy is not only a person she didn’t expect but also her own blood who is willing to do anything to claim the throne. She has to find the will power to fight the enemy and prove to be the tre Alpha or let her people suffer.