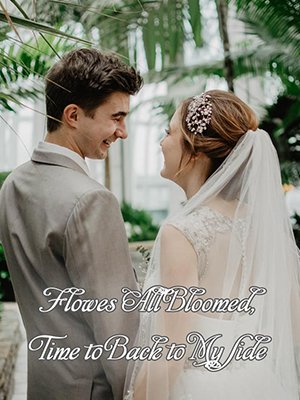 Flowes All Bloomed, Time to Back to My Side

He is the leader of the Zenith International Group and the ruthless CEO in the business world! By one-night stand, this charming girl sat on his leg, "Tonight, I'm yours..." Who could predict that she arose the man’s interest who has been peeping at her like a prey. He regarded her as a Canary in his cage. He whispered near her ear, "Follow me, I spoil you..." Her ex-boyfriend also came back to her and manipulated behind her. "Sweetie, be mine, it's the biggest revenge for him." She is the illegitimate daughter of the Ryan family. The betrayal of her father and her kindless boyfriend makes her despair, but he gradually conquers her little by little. She eventually surrendered to his passionate love. When she steps into his world and becomes the most brilliant celebrity in the upper-class, this control freak’s scheme emerges… He used his power of the whole world to catch her back, throw the report from the hospital to her, “Be responsible for me and my baby. Honey, marry me?"