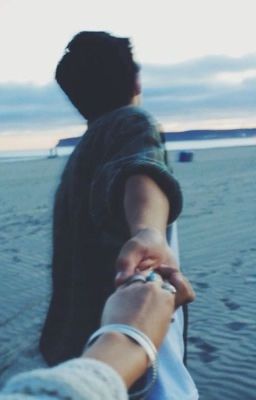 It was so loud. Too many screaming girls. I had no idea who this Hayes Grier was. I reached the front of the line to be greeted by a tall boy with bright blue eyes and soft brown hair. He hugged me like everyone else. I didn't know who he was, but I returned the hug anyways. He was warm and comforting. We made small talk while a guy on the side kept a timer going. He just kept talking. His voice was deeper than the ocean, just like his eyes. We talked forever and the timer guy got anxious. "Come on, Hayes, times up." The timer guy said. "Bye, what's your name?" he asked me. "Skylar." I replied. He gave me one last hug and I whispered into his ear, "Don't forget me." I was shooed away by security guards as Hayes locked his eyes with mine, not paying any attention to the girl in front of him. The rest of the world drowned out and all I saw were those bright blue eyes.